About Us - Spa Mariana

ABOUT US - MEET THE TEAM

All therapists at Spa Mariana are licensed with extensive, advanced training.

Maciek believes that anyone performing massage at Spa Mariana should be able to accurately perform many of the advanced techniques that he has gathered during his 20+ years career. Although all of the therapists at Spa Mariana have the training required by the State of Michigan prior to being hired, he asks them to strive for more. At Spa Mariana, therapists spend their first 3-6 months in weekly workshops devoted to learning advanced techniques that provide additional value to each session. Maciek personally instructs and evaluates each therapist, ensuring that Spa Mariana clients receive a specialty massage. His teachings impart his philosophy that, during a massage, each moment holds an opportunity for further relaxation.

“One needs to experience a good massage to know its benefits to the body and spirit.” 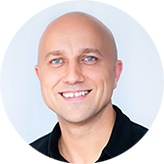 Maciek’s mission as a massage therapist is to provide his clients with a comfortable, safe, and relaxing environment to improve their health and well-being. Maciek has studied extensively, including mastery of European massage techniques and Thai massage. He continues to learn and push himself to new levels of expertise, believing that one can always delve deeper and become more skillful. Combined with his Eastern and Western technique experience, Maciek’s specialty in deep tissue and trigger point therapy creates a one-of-a kind experience for clients. Whether clients are aiming for sweet relaxation or deep unknotting of muscles, Maciek’s work guarantees profound results. Maciek is: 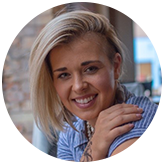 Jennifer’s long-time passion has always been in the health and wellness arena. A certified Personal Trainer for over 10 years and an aerobics instructor, her passion for internal wellness then led her to owning and operating her own business as a private chef. Servicing many doctors and business owners in the Grand Rapids area for five years in conjunction with teaching cooking classes, she was able to express her creative side with healthy meals that tasted good. Specializing in anti-inflammation meals free from gluten, dairy, soy and peanuts to name a few, she had the itch to utilize her expertise and knowledge with guest experience given her diverse background. Now certified as a level 1 & 2 Reiki healer and Thai Bodyworker, her enthusiasm only grows and will continue to blossom.

Being a part of Spa Mariana’s vision to participate in a client’s overall health and healing is something that puts a smile on her face. Part of her deep passion is to create safe environments for guests to completely unwind and unplug. Specializing and leading a team of great experts has been a pleasure and honor thus far being a part of Spa Mariana for two years now. “Our goal is to not only meet guest’s expectations but to exceed them! It’s truly the small details that matter most and sets us apart from other day spas. We train our team to prepare the spa everyday as if Queen Elizabeth will walk in and believe every guest is VIP!” 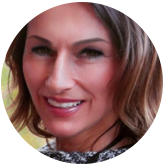 Adrianna, the former spa and wellness manager at Sundance Mountain Resort founded by Robert Redford, has an extensive background in management, hospitality and different modalities of healing.

Adrianna’s holistic approach to living was cultivated in her upbringing in Stalowa Wola, Poland. Her herbalist grandfather was a big influence on her life and taught her to turn to nature for health and rejuvenation.

After university, Adrianna made her way to the United States and wanting to explore her creative side completed a course in makeup artistry, which took her to Los Angeles, Calif. She spent seven years working with high-profile clientele in Hollywood and later was a personal assistant to a prominent movie producer for three years. These experiences allowed Adrianna to hone her skills as an observer, organizer, and director of experiences.

Seeking a return to nature and balance in all things, Adrianna relocated to Utah. From late 2012-2017, she has been the Manager of the Spa at Sundance. In this capacity Adrianna has successfully managed approximately 20 massage therapists, 10 estheticians, 10 yoga instructors, three herbalists, and team of receptionists and spa supervisors. She has mastered the art of menu engineering and successfully exceeded aggressive revenue budgets with minimal expense. Adrianna has used her knowledge by finding special ways to integrate nature’s offerings into the Sundance Spa. She has transformed the aesthetics of the spa into a relaxing herbal haven.

Adrianna is a skilled and experienced operator, with the ability to connect with customers, motivate her team, execute on her ideas, create successful programs, and has an incredible attention to the details and nuances of running both destination or a day spa. Adrianna has a natural flair for creating customer experiences and relationships.

Life gifted Adrianna with three beautiful children who motivate her daily to embrace her talents and share them with the world. She loves the great outdoors, meeting new people, art, traveling and yoga.

Her ultimate goal is to create something of her own. She is ready to combine her experience as a successful spa manager, makeup artist, yoga instructor, nail technician, personal assistant, and entrepreneur to create something new and unique. We welcome her as the Spa Experience Director, as she will help customize your visit. 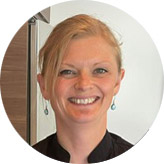 Lindsay is a Board Certified Massage Therapist with 19 years of experience. She began her studies at the Nevada School of Massage Therapy in Las Vegas and studied Anatomy and Physiology at UNLV Cadaver Lab. Her education and training is medically based, with many years of experience working with clients in pre- and post-surgery conditions, as well as surgery prevention and chronic injuries. Lindsay, also holds a Bachelor's degree in Healthcare Management from Siena Heights University. Her background of experience as a Team Lead of 5 star resort spas as well as many years of Private Practice. Her passion lies in working with physically active clients with chronic pain or injuries, as she loves the challenge and enjoys building a therapeutic relationship with her clients that will last long term. Lindsay also is attuned to Reiki Level II which assists her in her intuition in order to customize the experience with each guest. Her interests include, mountain biking, yoga, hiking, kayaking, running and dancing. She has a vast knowledge of healthy lifestyle and is a fanatic of healthy food and supplements to create a higher quality of life. 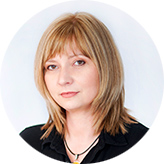 Dorota has been in the skin care industry for over 20 years and is a licensed esthetician whose passion is to help people feel beautiful inside and out. Originally from Europe, Dorota owned her own spa in Krakow, Poland and also taught at the university level. She was a consultant for the development of the cosmetology curriculum at one of Poland’s most prestigious institutes. Dorota takes a holistic approach to her services, incorporating massage techniques with her vast knowledge of cosmetology, esthetics, dermatology, and physiology. Dorota offers facials, body treatments, and waxing for all skin types. She has a gentle touch and brings comfort to her clients, making each service a relaxing, pleasurable experience. Many of her clients have referred to her as having “magic hands” or a “magic touch.” Dorota prides herself on extensive training, knowledge, and diligence in working with high-end European skin care products that guarantee results and leave your skin glowing, refreshed, and rejuvenated. She understands that each client comes to her with unique needs, and she works closely with each client to customize the treatment to specifically achieve the goals and results they require. Whether you are seeking a relaxing facial, or to correct a skin problem and develop a new skin care regimen, Dorota brings the experience, professionalism, and knowledge to assist you with all of your skin care and hair removal needs.

Due to Covid 19
Birmingham Now Open! All Reservations will be at our brand new facility at 223 N Eton St. Birmingham MI 48009.
We are complying with Covid 19 regulations to ensure and promise a safe and relaxing environment for our guests.

Thank you for supporting small businesses.